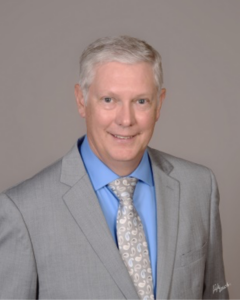 Edward Cross serves as President of the Kansas Independent Oil & Gas Association (KIOGA) where he responsible for public policy advocacy and interaction with external stakeholders including elected officials, regulators, government decision-makers, and community leaders.  Cross has served in this position since September 2003.  At KIOGA, Cross is director of staff, editor of the Association’s publications, serves as an industry spokesperson for media and other forums, and is an industry advocate as a registered legislative agent.  On behalf of KIOGA members, Cross lobbies in both Topeka and Washington, D.C.

Cross also serves as Secretary/Treasurer of the Liaison Committee of Cooperating Oil and Gas Associations, a network of state and regional trade associations that represent the independent oil and gas exploration and production industry in the U.S. where he is responsible for coordinating the organization’s efforts.

Cross is a Kansas appointed Associate Representative to the Interstate Oil & Gas Compact Commission (IOGCC).  The IOGCC is a national organization representing the Governors of 37 oil and gas producing states.  At IOGCC, Cross has served as Chair of the Public Outreach Committee, one of eight standing IOGCC committees.

In November 2018, Cross was named a finalist for the 2018 Petroleum Economist magazine energy executive of the year award.  In April 2015, Cross was recognized for his national leadership by being honored with the Distinguished Leadership Award from the National Stripper Well Association.  In January 2013, Cross was named by Ingram’s, a Kansas City business magazine, as one of the “50 Kansans You Should Know”.  Cross has published 8 peer-reviewed papers on economic, environmental, and energy education issues facing the independent oil and gas industry.  He is a licensed professional geologist and holds a B.S. in Geology and an M.B.A. from Southern Illinois University.